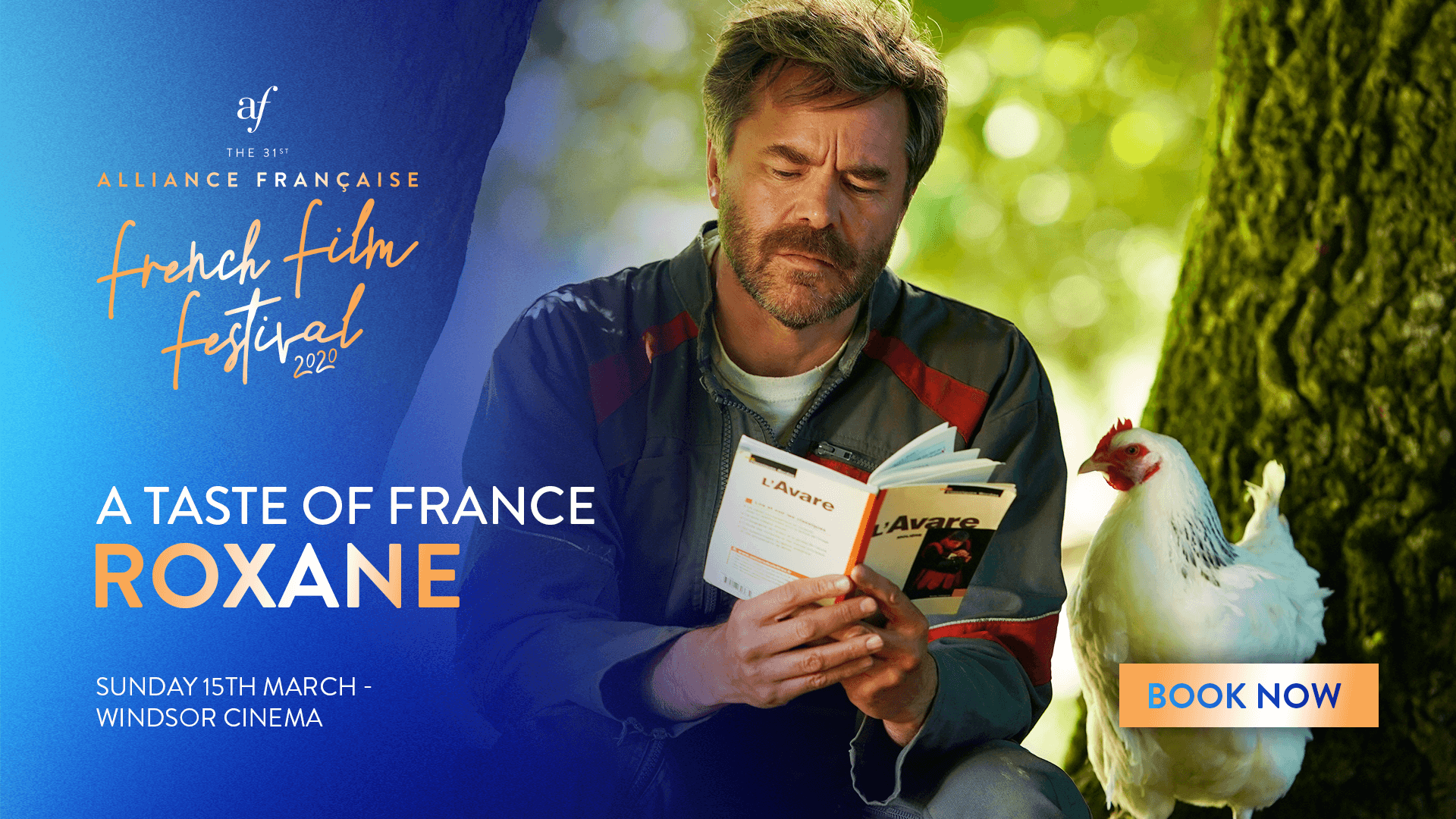 In an unconventional pairing, Cyrano de Bergerac meets a chicken farm in this exciting animal fable from young filmmaker Mélanie Auffret. Idyllic Brittany serves as the backdrop for this amusingly sincere film that observes the economic realities of contemporary rural life.

After local Breton chicken farms suffer a devastating financial blow, Raymond comes up with a money-making scheme so crazy it just might work: broadcasting his theatrics to audiences via YouTube, co-starring his favourite hen, and star-in-themaking, Roxane.

As Raymond’s unorthodox actions gradually galvanize the community into action, Roxane emerges as a tale about following one’s passions and taking a stand to fight for what you love.